We focus on geopolitics, market analysis and competence building.

Shipping & Offshore Network (SON) is a maritime network organisation for enterprises in the maritime and offshore industries, primarily in the Nordic and Baltic countries. Established in 1981 as Bulkforum, SON mainly focuses on geopolitics, market analysis and competence development.

SON hosts its flagship event Annual Summit at Losby Gods in April every year. The fixed items on SON's annual schedule include the annual meeting on a geopolitical issue in February, the DNV GL meeting for SON’s members in March (Oslo and Bergen), the Annual Summit in April, Market Update meetings in Oslo and Bergen in October, and the "Tjuvholmen seminar" (paid for by suppliers) at Tjuvholmen Sjømagasin and in Bergen in November every year.

The course Basic Shipping & Maritime Law, which is also organised once or twice a year, comes in addition. SON's members come from all over Norway and from countries such as Sweden, Denmark, Finland, Lithuania, Germany, Japan and China. SON was also a partner in the three-year (2016–2019) Interreg project GO LNG in the Baltic Sea Region (BSR). The chair of the board is Per Olaf Brett (PhD), Deputy Managing Director of Ulstein International AS, which is part of Ulstein Group ASA.

"Shipping & Offshore Network was founded in 1981 and is a nationwide and international association that focuses on geopolitics, market analysis and competence building. Many of our members are located in the Oslo region, and the idea is to use the Maritime Oslofjord alliance to bolster the environment in this maritime cluster."

Per Olaf Brett, Board Chair and Deputy Managing Director of Ulstein International AS 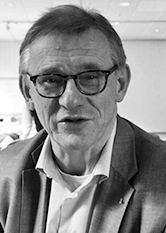 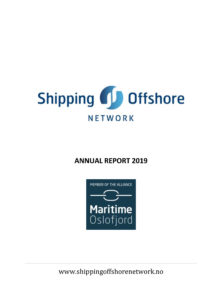 Board members as of January 2020

Per Olaf Brett, Ulstein International AS (Board Chair)