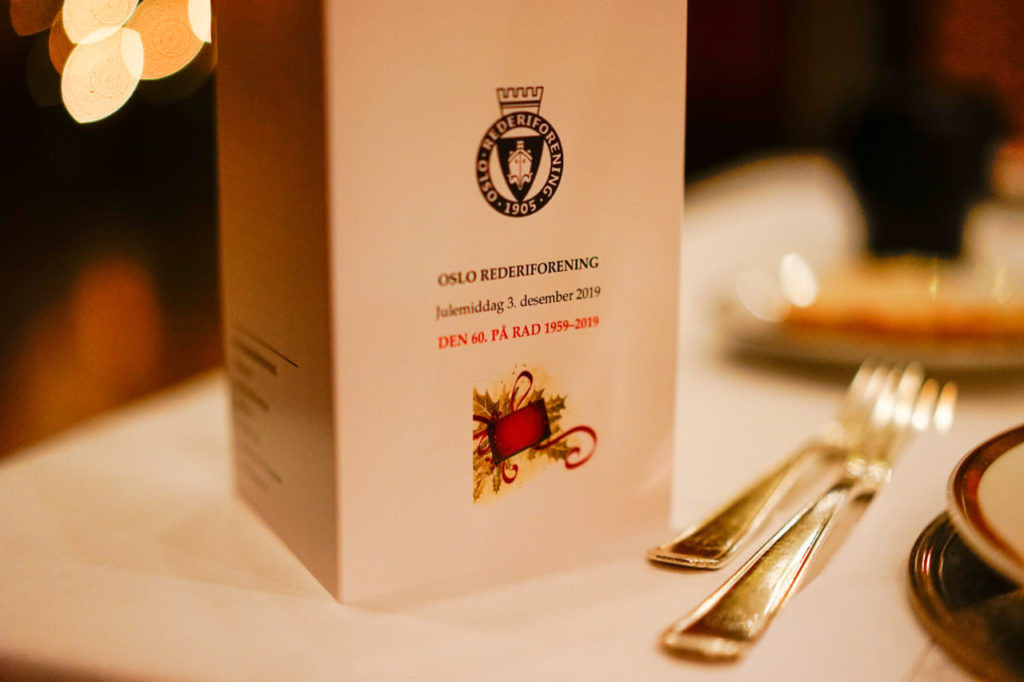 Christmas dinner 2019 marked the 60th in a row since the first time in 1959 with the Silver Boys and all. They come down from their concert in Ris Church and continue their evening with us, which they have done for 60 years.

Tuesday 3rd of December was also an evening when we thanked our accountant for 30 years, Ragnar Hedenstad, and our secretary for 19 years (1990-2009), who continued as our representative on the board of the Oslo Maritime Foundation until last year, Christen M Gjesdahl. In addition, we marked the one person who has attended all of these 60 Christmas dinners – doctor, pianist and former Silver Boy (which means always Silver Boy), Gunnar Bjerknes-Haugen.

Tonight’s speech was by NHH professor, Risør historian and former Labor Minister Victor Norman. Tonight’s thanks for the food talk(s) were by the parliament representative Christian Tybring-Gjedde, and his wife, Security Minister Ingvil Smines Tybring-Gjedde.